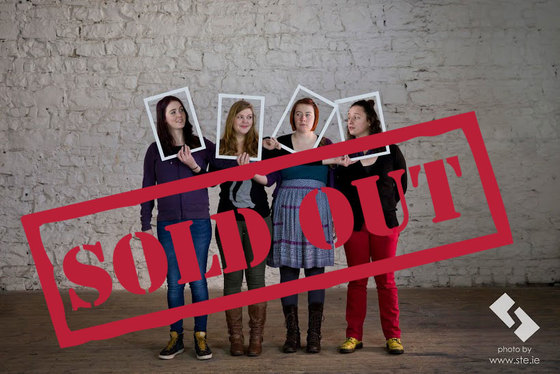 Meet Mongoose - the female foursome taking Ireland’s alternative folk scene by storm. Their music is an amalgamation of styles, from pop and folk to jazz and trad. With a debut album under their belt and festival appearances including Other Voices, Body & Soul, and Electric Picnic, this unique band are sure to delight with their quick onstage banter, eclectic range of instruments and beautifully crafted songs.

This event will comprise a mini 'Life Has Surface Noise' where musicians Paddy Hanna, Mossy Nolan, Rory Grubb, and Ross Hamer (Jetsetter) will talk to Siobhán Kane about some of their favourite records, which will then be followed with live performances by the artists, and DJ sets from the YHRF collective.

Life Has Surface Noise emerged out of the Young Hearts project as another way to disseminate musical experience and culture, where an eclectic set of contributors talk about records that are meaningful to them.This edition's contributors will be announced nearer the time, but in the past have included;Dónal Lunny, Kevin Barry, Jonny Trunk, Sylvie Simmons, and Karl Whitney.

Since 2008, Young Hearts Run Free have been putting on music and literary events in unusual spaces, from hillsides to churches, and from Dublin to Reykjavik, raising money for the Simon Community, featuring interesting artists such as John Grant, Paula Meehan, Villagers, and Alasdair Roberts, among others.

Admission: €10 (on the door) with proceeds going to the Simon Community (and includes cake)

Acclaimed singer songwriter Ciara Sidine and band will deliver a set from her upcoming album Unbroken Line, co-produced with Conor Brady. The Irish artist has gained much attention for her haunting vocals, drawing comparisons to such artists as Emmylou Harris and Maria McKee, and her forthcoming record is a mesmerising blend of roots-influenced folk and rock. ‘Brilliant’ –Guardian ‘Remarkably assured’ –Daily Telegraph

Hot on the heels of the success of their critically lauded 2015 album Look Away Down Collins Avenue, The Drays will showcase their hard-hitting alt country and rock sound, driven by the vocals of lead songwriter Stephen Ryan (ex-Stars of Heaven and Revenants) along with guitar maestro Conor Brady. Line up includes Eileen Gogan and Des Foley on vocals and Paul Byrne on drums. ‘Think Teenage Fanclub in top form’ –Irish Times

Saturday 30th April
9.00 pm
The Brian Boru,
Join Marion McEvoy for an evening of music making with family and friends 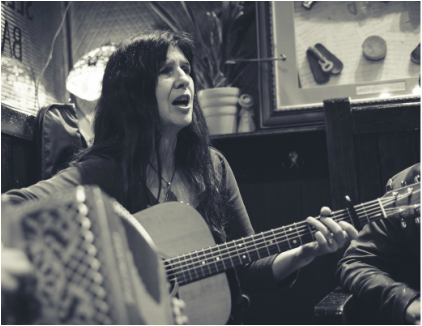